The psychological manipulation of a child by a parent or main carer following separation or divorce, which is intended to disrupt and ultimately sever the child’s attachment bond to their other parent without justification, is one of the worst actions any parent can inflict on a child.
Referred to as ‘parental alienation’, the pattern of repeated aberrant parenting behaviours deployed – which every alienated victim parent throughout the world would instantly recognise – can quickly lead to the outright ‘rejection’ of a safe loving mother, father, grandparents and wider family.
Children who are taught to hate, to dismiss, to be cruel and to be bestowed with empowerment well beyond their level of understanding and cognitive abilities, suffer grievously as a consequence. Adults who were alienated as children testify to this. Their legacy of low self-esteem and perception of unworthiness. Their difficulties trusting others. Drug/alcohol abuse to mask their pain. Their anger at having being deceived. It’s an appalling legacy for any child and yet, shockingly, this urgent child protection issue remains hidden in plain sight.
This report was freely produced after eighteen months of extensive research by a globally awarded social marketing group – Good Egg Safety CIC – driven by fury at the extent to which children and victim parents’ suffering has been obfuscated, distorted and marginalised by vested and ideologically driven groups.
This report and survey findings represents the largest survey into the experiences of victim mothers, fathers and wider family throughout the UK. It reveals a devastating form of family violence where psychological abuse and coercive control is at its heart.
It addresses an issue, as life -time child safety campaigners, we will not remain silent on because silence is complicity.
*Every purchase includes a small donation for campaign funding to shine a bright light on this injustice so it can be hidden no longer.

A study based on 1,513 responses within the UK looking at how Parental Alienation affects parents, children and the wider family.

The printed copy may be useful when seeking legal advice or sharing with your local MP. Ask your judge if you can give them a copy. Several parents have told us this report has been readily accepted by them, which is very encouraging and profits made are re-invested into the PA UK campaign.

Available now from only £29.95 with FREE delivery within the UK. We aim to deliver our products within 5 working days. Occasionally delivery may take up to 3 weeks. 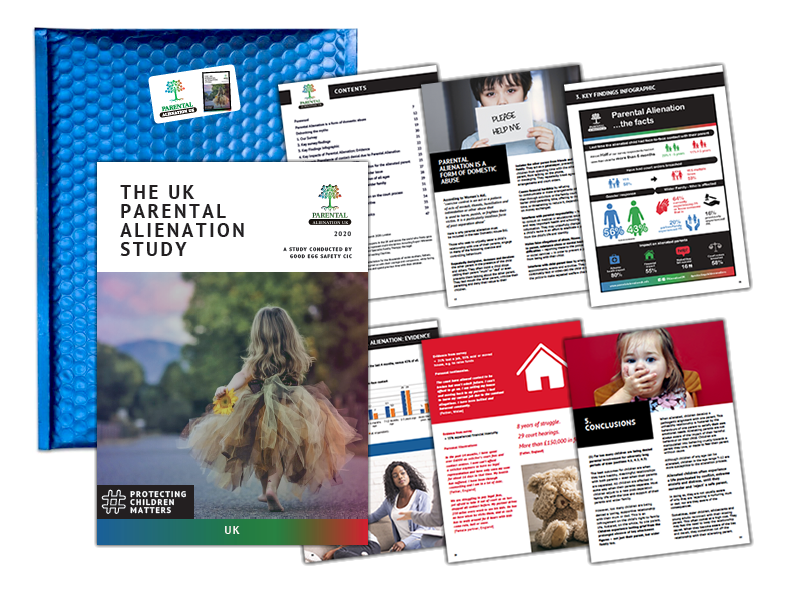 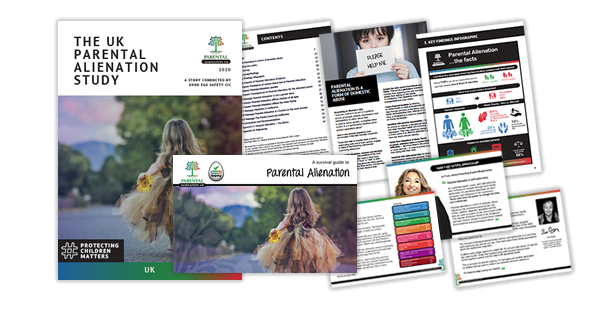 The Survival Guide PLUS & 2020 Study Package

£89.95 (£99.90 total separately, over 10% package saving) – Please note this is for UK postage only. International delivery carries additional tracking charges due to weight limits. Please click to email for a quotation.
Guide & Study Package (UK Only)