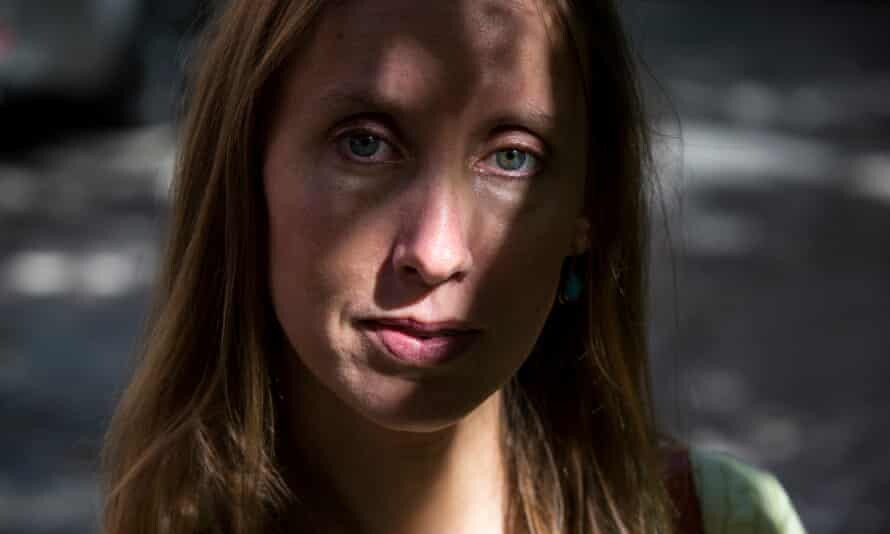 25 Jan Sarah-Cecilie was 13 when she saw her own picture in a missing persons ad. She has written this poignant article for Peers in House of Lords

“I have just read Baroness Meyer’s speech in the House of Lord’s debate during the second reading of the Domestic Abuse Bill. Her resonant words reminded me of the important work we did together to bring attention to the important issue of parental abduction and alienation, issues of concern in the vital work that is being done to improve the lives of children and families.

In both of our cases, the alienating parent convinced the children that the left-behind parent did not deserve to be in the children’s lives

Both Catherine’s children and I believed it at the time. As I grew up, the effects of what I believed showed themselves in many painful ways: depression, low self-esteem, and guilt.

So many children of alienation struggle with identity issues. We feel split in two, and it can be devastatingly difficult to reconnect with a parent we have been taught to despise. Soon after being abducted I developed a deep fear of my mother, who became a stranger to me in an alarmingly short period of time. By the age of 5, only months after leaving my mother, I began to have nightmares of being caught by lions and tigers. The words of my father, telling me that my mother was a bad person I needed to be saved from, set the stage for a childhood of deprivation and loss.

This fully manifested in my young adulthood, as the full impact hit me with the force of a thousand shards of broken glass. When I slowly began to recognize that my father’s animosity towards my mother had led him to grossly exaggerate and lie about my mother’s personality, her values and her extended family, it left me bereft of trust and with massive amounts of guilt about the pain my mother had unnecessarily endured. It was all my fault, I told myself. And even though I knew rationally that I should not take on the burden of responsibility for all that had gone wrong, I did so anyway. After all, I was the child that all the drama revolved around, so I felt that I was the source of so much pain. Children so often take responsibility when their families fall apart, and it has taken me years to progress in recovering.

I have dedicated my life to preventing and mitigating this type of harm from befalling other children and their families, and my concern with this bill is that parental alienation is not part of it while it is clear to me that both my mother and I were victims of my father’s abuse. My heart is with victims of domestic violence, whether male or female, and their child. This is sadly a prevalent and heart-wrenching social ill that I have witnessed my close family and friends endure. I would never wish others to go through what I have through.

Growing numbers of children and families are affected by parental child abduction andparental alienation. It is often difficult to sort out truth from fiction in cases of custodial conflict.

It must be possible, however, to provide a framework for identifying parents who are systematically indoctrinating their children to draw a child away from the love, emotional support and protection of their other parent.

I realise that some courts do not recognise alienation as a form of abuse and that they find it easier to rule that once a child is exhibiting such rejection toward one parent, it would be wrong to remove it from that parent’s care and “force” the child to have contact with the targeted parent. But this is why, action must be taken early. Losing contact with a parent that has been wrongly demonized is a devastating trauma, which will leave irreparable long-term scars.

I have worked with adults who were alienated as children for over 20 years, and so many of them struggle with overwhelming guilt and a sense of loss that is devastating to witness.

I have recently worked with a young woman who was abducted from Ireland to the United Kingdom by her mother and alienated from her father. She is very certain that the alienation was unwarranted. When she attempted to reconnect with her father in the past few years, it plunged both her and her father into deep emotional turmoil.

About a year ago, her father committed suicide, leaving a note that he could not handle all that had happened, and he’d lost hope in being the father he’d dreamt of being. This left his daughter emotionally shattered, and I have feared for her safety as she works to pick up the pieces after so much pain and loss.

There are several cases of children feeling suicidal or even committing suicide. Children of alienation struggle to trust others and move forward in their lives. They are too often placed in the awful position of having to make a choice between parents, siblings and entire families, as the burden of the family’s history is placed on their shoulders to make sense of and heal from.

Parents such as Catherine and my mother suffer terribly. My mother was the “left-behind parent” in our case. The sense of loss she faced on a daily basis for 14 years was devastating. Every day, she missed taking part in her only child’s life. Every moment, she wondered if I still loved her, still cared, and even, if I was still alive and well. She had to search for me over continents and cultural boundaries, all while doing her best to keep her head high amongst people who wondered about her, wondered what she had done wrong to deserve something so drastic as to lose her little girl.

Over time, my sweet and sensitive mother, a trained kindergarten and special education teacher, internalized the idea that she was just not good enough, and by the time we reconnected, I met a broken-hearted mother and she met an anxious, withdrawn daughter so full of defensiveness that it took us years to break through and relax in one another’s presence, all the while questioning and wondering why it had all happened, that there must have been a reason, must have been a lack of true love and dedication to one another, that had caused it to happen and last so very, very long.

This Bill is an opportunity finally to protect both adult victimsand their children from being abused and used as pawns in high conflict cases. There need to be safeguards in place to protect the vulnerable, while also building on our understanding of a child’s behaviour; that when his rejection of one of its parent is so extreme, there may be more than meets the eye; that children are easily groomed to believe lies. Let us protect their innocence through not allowing them to assume the burden of guilt and loss of parental alienation.

Children do best with all members of their families in their lives. When children lose out on a loved one, they suffer a deep loss that sears itself into their hearts and souls forever. Imagine how much more devastating it is for them when it is not a necessary loss. That compounds the pain and grief in unimaginable ways.

Please find it in your hearts to make room for victims of alienation. This is in the spirit of the important Bill that is in question and will make it even more of a powerful tool that will work to improve the lives of more children and their families.

Thank you for taking the time to consider my words. And thank you for standing up for the vulnerable and downtrodden”

Image by Brian Harkin for the Guardian