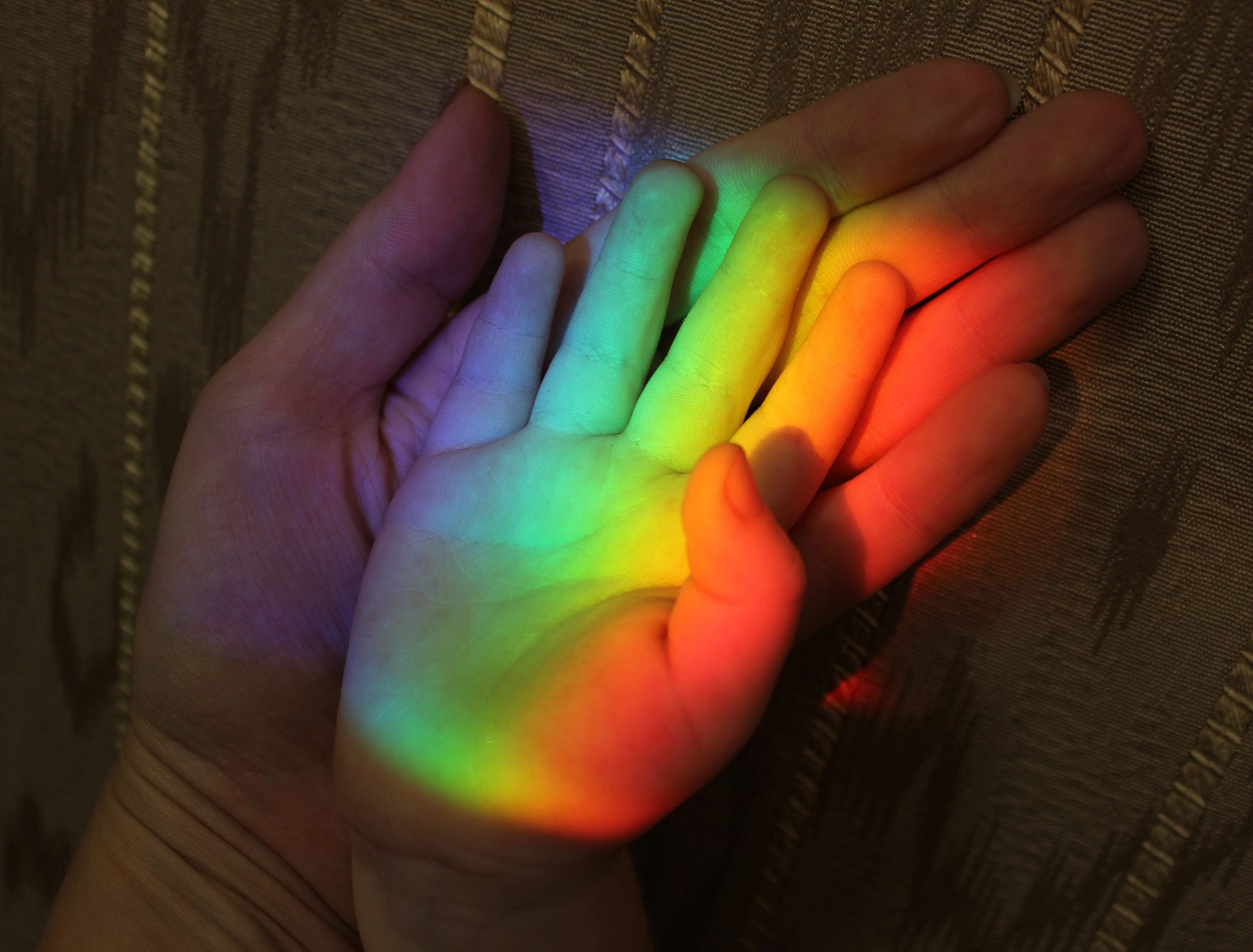 “ONLY CONSTANT REPETITION WILL SUCCEED IN IMPRINTING AN IDEA ON THE MEMORY OF A CROWD”.

We are heavily influenced by what we see and hear – by books, research papers, broadcast and written media. Influenced, significantly, by our own lived experiences, upbringing, cultural & societal norms. By the company we keep.

The definition of ‘influence’ being the capacity to have an effect on the character, development, or behaviour of someone or something, or the effect itself.

What may be perceived as ‘truth’ to one individual or organisation, may not be regarded as such by another.

From a social marketer’s perspective, it is essential to get to the truth, the facts, the evidence. If the real issues are not identified with absolute clarity, there is a serious danger of developing the right solution for the wrong problem.

A campaign destined to fail.

In this year of actively researching the relational phenomenon referred to as ‘parental alienation’, and many years prior observing the counter-intuitive ways it insidiously manifests in unnatural child behaviour; the issues become evident.

And, if we are to genuinely protect children from the repetitive psychological manipulation and coercive control which typifies this particular form of family violence; it is imperative we exhaustively research it, question it, understand it and ultimately speak out against it.

If we remain silent, whether through political and/or professional expediency, lack of funding, gender ideology or any other reason – then we ourselves become complicit.

So, what are the issues?

We see an ever-increasing proliferation of misinformation exacerbated, if not actually formulated, by partisan, gender biased researchers

Presented as ‘only a means for abusive fathers to continue victimising abused mothers‘.

How could any woman who cares about her sisterhood and our hard won rights for mothers and children not recoil in horror?

The notion of a victim mother who has finally built up sufficient resolve to leave her abusive partner – the singularly most dangerous time for any victim – only to suffer re-victimisation when her abuser ‘pulls the alienation card’, and steals her children from her. Aided and abetted by a ‘father biased’ Family Court.

We saw this terrifying proposition outlined clearly by the self-proclaimed feminist Professor Joan Meier when in her latest ‘research’ she stated:

“The data supports the widespread critiques of Family Court proceedings, sending children into the care of destructive and dangerous parents. By which she meant fathers.

Except it does not.

There was nothing in her paper to support that conclusion. Nothing.

For all we know, the courts might have been 100% correct in their rulings. They might have always ensured a safe adult was given custody of the children.

Professor Meier’s conclusion came from nowhere – or rather, and more likely, from pre-existing personal prejudice. It is certainly not evident from the data within her study.

If you’d like to read the critique in full, the link is here: http://empathygap.uk/?p=3343. More are currently being undertaken.

It is entirely possible, however, that some of those court judgements were, in fact, wrong. We see adjudications all the time which have no basis in the reality of the cases presented. A post code lottery where the future of a child is undermined by the lack of experience and training among those involved. It is never guaranteed, no matter how much money is expended, that our secret, antiquated judicial system gets it right in every case. In fact, there is considerable evidence to the contrary.

I.e Not raising a false claim of abuse in order to access legal aid and expunge him from the life of their child.

Through constant repetition, this idea – this falsehood- is imprinted on the memory of Ministers, Judges, Cafcass employees, Welfare Reporters, Charities and the general public.

Paradoxically, a remarkably similar strategy to those we see in alienation cases. Here’s an example which we will keep gender-neutral, since this is not a gender issue:

Distort – On return home, during typical interrogation by resident parent (RP) expressing upset and fury because the child failed to ring them while away for the day; the child feels guilty and deflects the blame instead to the NRP who ‘wouldn’t let’ them have the phone. An understandable response in order to keep the RP emotionally regulated and placated.

Amplify- A few days later following that enjoyable experience with their NRP, the child is due for collection from a school sports gathering. The child arrangement order – already breached with impunity – is further disregarded by the RP who refuses to leave early, ignoring the sensible inclusion in the court order to minimise ‘loyalty conflict’ and aid the child’s transition. The child inexplicably refuses to leave the RP side, clings anxiously to them, crying hysterically that it was because the NRP ‘refuses to let’ them call their RP when they visit.

The scene playing out beautifully among by-standers for added effect. Friends and associates naturally assuming the NRP must be a ‘monster’ because their own child appears to be ‘rejecting’ them. No parenting time ensued. Job done.

And to help illustrate just how pernicious alienation can be – it, of course, did not end there. The NRP, having responded by telling their child they were not being truthful, found the verbal exchange subsequently twisted into having called the child a ‘liar’. Not lying on this one occasion. A liar.

It is not easy for the untrained to readily identify the distinction. The subtle nuances of language which can take something fairly innocuous and turn it into something grotesque. Misrepresented by one parent as a character assassination of their child by their other parent.

A distortion, which when constantly repeated, embeds into the ‘memory’ of the child. A false memory. One which hurts and emotionally harms them. The false belief that their own parent believes they are a liar. An unworthy child. An unlovable child. Their mental health sacrificed on the alter of enhanced self-image for the RP as the ‘protective parent’. An added bonus being the NRP portrayed to all as a ‘poor parent’.

2. Parental alienation is constantly referred to as a ‘debunked theory’.

This is an interesting one because since we have been highlighting our work with alienated mothers; this assertion seems to have evolved slightly.

It’s only ‘debunked’ when it comes to affecting fathers. Not mothers. In the case of the latter it is definitely ‘domestic abuse’. In the case of fathers, it’s something else entirely. Apples and pears.

Dr Adrienne Barnett, is another enthusiastic candidate for spreading gender biased and damaging misinformation, and wrote the following in an article for Womens Aid recently – the organisation who commissioned her latest research.

As these research findings are currently also being critiqued, we will wait until the report is completed before further adding comment other than to say it related to only 40 cases taken over an almost twenty year period.

The results of these average two cases a year being presented to judges, lawyers etc which could adversely impact on a genuine alienation claim playing out in a court right now.

“A backlash against women’s rights”

“One of the most concerning aspects of PA is the clear indication from research and the experiences of the PA workshop participants that PA operates in a gendered manner and is used politically, with strong undertones of a backlash against perceived feminist gains over the past decades”

This and the rest of her article, tells us much.

Point 2 tells us nothing except raise alarm that they too – alongside all the Magistrates who will see her misleading two page article issued recently – will be even more resistant to learning about how to correctly identify this ongoing scandal.

3. References to Professor Meier’s research, which as the earlier deconstruction shows, is fatally flawed and staggeringly dishonest in its representation..

It fits. Lets revisit a statement included in our last article made to a male Welsh Parliament member by a feminist female counterpart when asked to investigate claims of proven and reported child abuse…

“You’ve got to stop taking up these cases. The Women’s Movement has come too far for it to be damaged by individual cases of child abuse”

Is this where we are now? What we have become. Proponents for gender ideology which transcends all else?

Where nothing matters except the onward march of our sisterhood fuelled by falsehood. Whatever it takes. Collateral damage of bankrupted, devastated target parents and psychologically disturbed children a price worth paying?

Not in our name.

We care about all victims. We especially care about protecting all children living in abusive dysfunctional households.