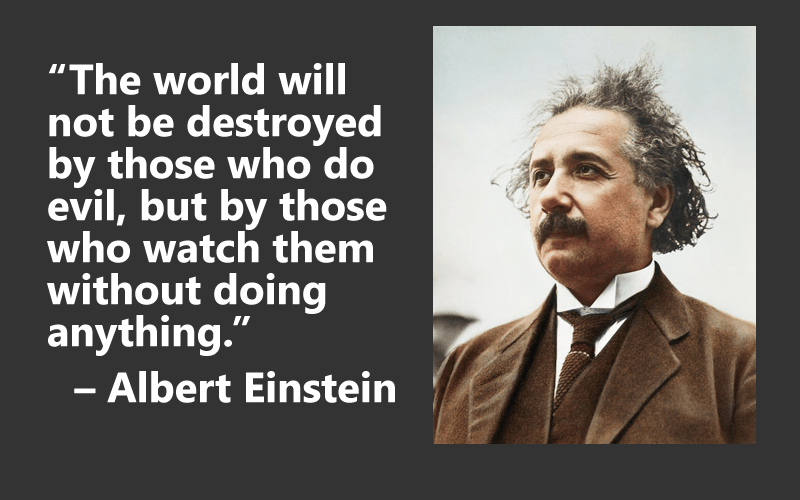 08 Dec Which side of history are YOU on?

Behavioural insights are findings from research in the field of behavioural science (which encompass disciplines such as psychology, sociology and economics) that provide evidence about why we behave in certain ways, and what can be done to influence the decisions that we make.

The focus is not so much on conscious decisions that involve weighing up the pros and cons of different decisions but more on behaviours that are more subconscious or automatic.

Behavioural change models used in many effective social marketing programmes generally concentrate on conscious (or rational) decision making. Behavioural insights, on the other hand, apply our understanding of how people’s behaviour can be subconsciously affected by factors such as the media, our preference for the status quo, and our tendency to do nothing rather than act.

When we think we understand an issue, it’s often easier for us to filter out any new information which might challenge our initial beliefs. Especially if that belief is repeatedly endorsed by media coverage and vocalised by those in power and influence whom we might fairly assume had done their ‘due diligence’ and read up on ALL the facts to inform their position.

In the case of our much heralded ‘landmark’ Domestic Abuse Bill due for hearing in the House of Lords in early 2021, however; it’s crystal clear that this is not the case. Many involved have been caught up in a falsehood which has been so often repeated and amplified by media articles – that the real truth has been obfuscated, distorted and kept hidden.

We could, of course, shrug our collective shoulders and imagine it doesn’t affect us anyway. That it’s not ‘our place’ to question misleading narrative and certainly not put ourselves in the potential firing line of the extreme vitriol and relentless abuse which inevitably follows.

Let’s remain quiet. Not rock the boat. Let someone else stick their head above the parapet. It’ll pass.

BUT what if I told you children are being seriously psychologically harmed by this false narrative. Loving, safe mothers and fathers too. Their lives forever wrecked by falsehood which has no place in an evidence-driven, compassionate, and equal society.

Take your pick from the stories of adults alienated as children.

Winston – example of ‘push factor’ into criminality and aggression.

Watch the most honest TV segment on the scandal of alienation we have seen for a long time on Loose Women:

And see the latest in a long line of solid, unbiased, gender neutral research which debunks the current narrative driving our Domestic Abuse Bill 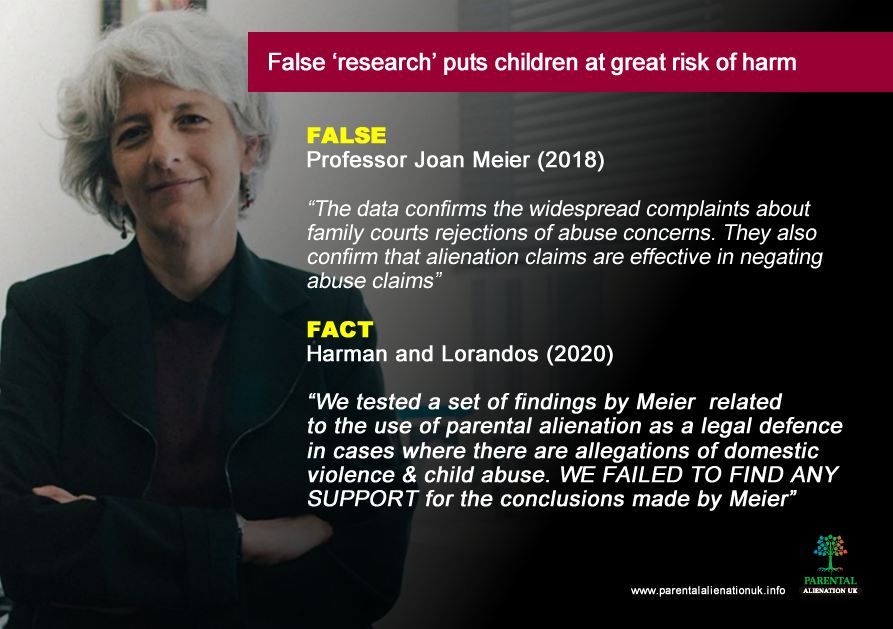 And then decide which side of history you are on.