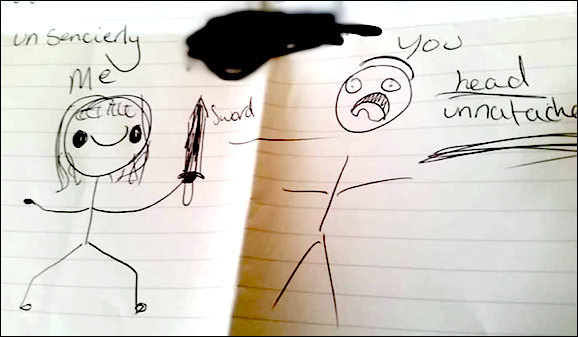 This is the briefing sent by the London victims commissioner to Peers in the House of Lords which led to the removal of Baroness Meyer’s amendment to rightly include the destructive and brutal behaviours of parental alienation into our new Domestic Abuse Bill.

Please read it carefully as it affects all of us. Most importantly, it adversely affects children used as weapons during parental separation who are forced to relinquish a much loved parent.

We have Interviewed many of these children as adults.

They all say the same things: trauma, grief, anger, suicide ideation, loss of trust and a deep sense of unworthiness. They were falsely told one of their parents ‘didn’t love them’ …had ‘abandoned them’ etc

Can you imagine how that felt?

Can you imagine if you had been told one of your parent’s hadn’t loved you?

These child pictures were drawn by a seriously disturbed child after being alienated from her beloved daddy.

Gone is the little cottage and flowers and in its place she is weilding a sword and decapitating him instead.

The judge in his ruling – following the Psychologist report stating the child had suffered ‘extreme harm’, – told the father he had conducted himself with honour and had been examplary. BUT it was ‘too late’ to move them.

It is never ‘too late’ to protect children from psychological abuse.

It is our duty to keep them safe from harm just as it is the duty for any publicly funded official to undertake due dilligence and proper investigation before misleading peers and government policy.

CAFCASS deal with around 140,000 child cases annually and recognise parental alienation because they see it daily.

Why are we staying silent and allowing this issue to be misrepresented and thus harming children?

It is time to stand up and speak out for these children before we emotionally decimate yet another generation. 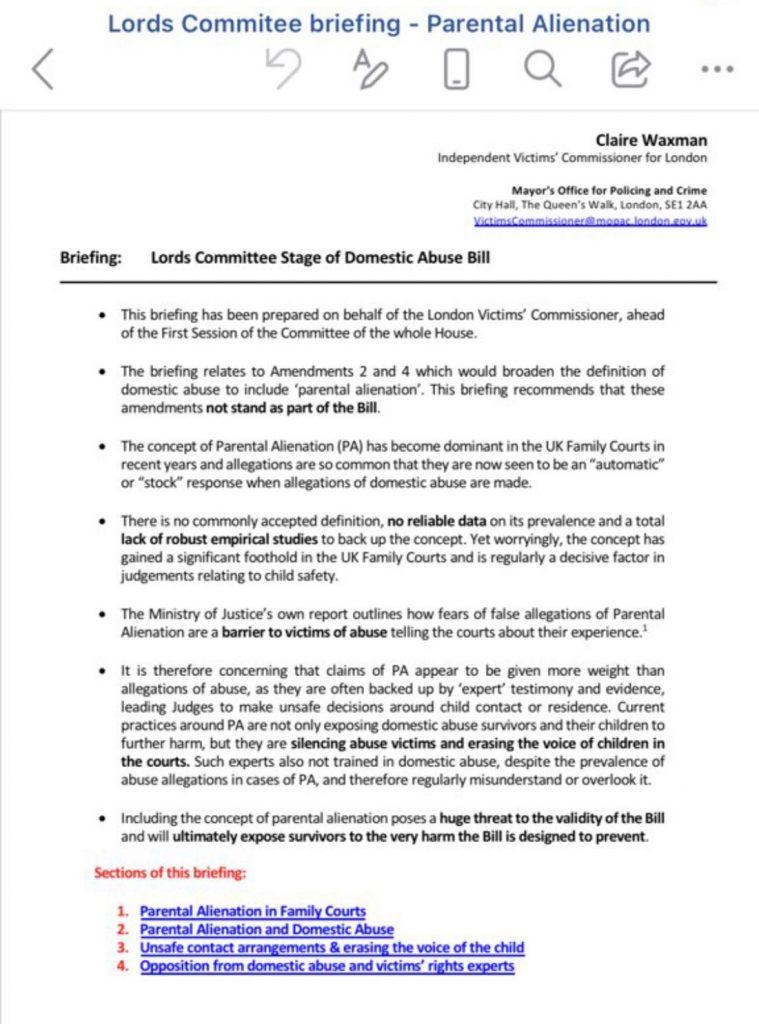 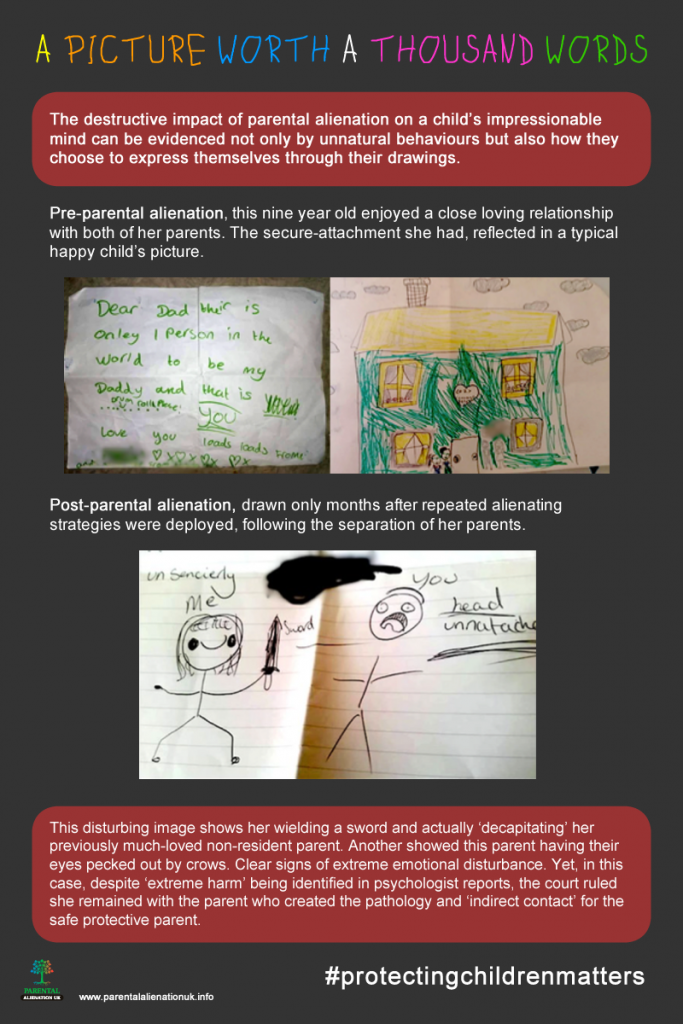 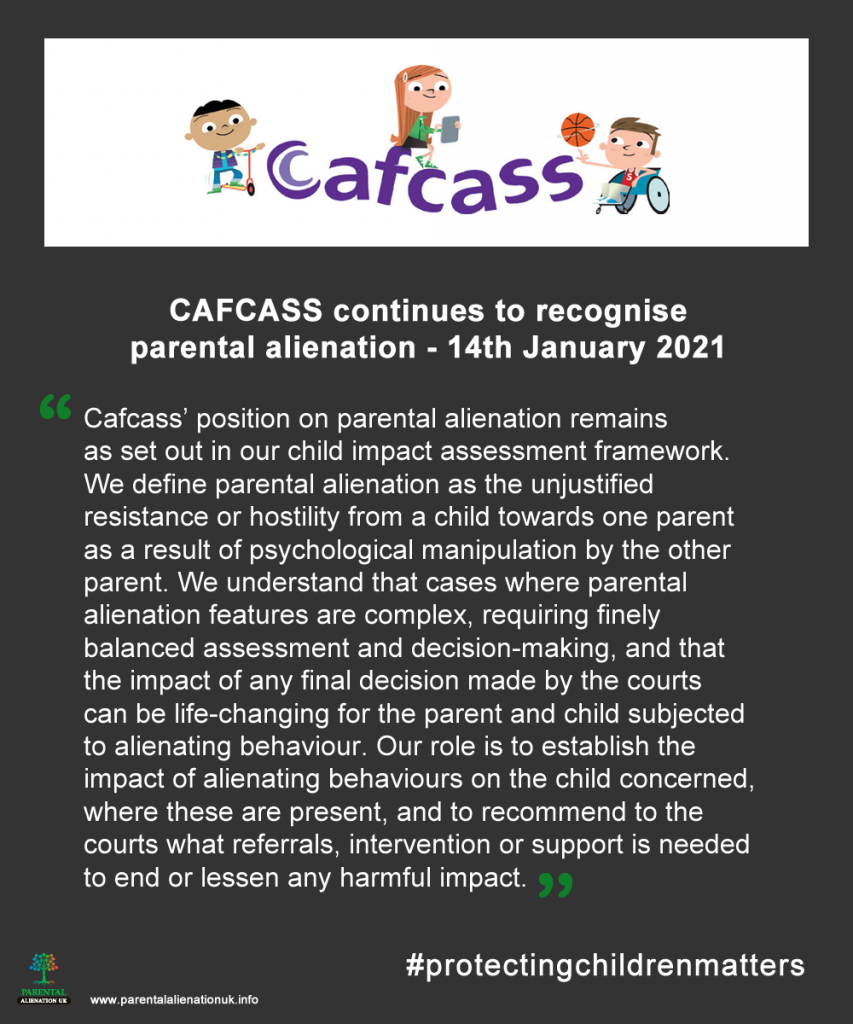 We have to demand accountability from those who distort AND DENY your daily reality of parental alienation.

Please also email us a one page letter made out to the Mayor of London outlining your anguish and confirm your child arrangement orders made in your child’s BEST INTERESTS have been breached with impunity. Our email is enquiries@parentalalienationuk.info

Add court order numbers ONLY together with your contact details for future validation. Do not send pictures of children nor details of alienating parents to avoid ‘contempt of court’.

We will collate them all and deliver them to the Mayor and to those in Government who NEED to hear you.  They will not be shared publicly and will be held under our strict GDPR policy.

Let your voices be heard…